Road rage affects us all!

Most of us, especially those that live in South Africa, have experienced road rage from some irate, irrational, disrespectful !@#$%&, um, driver before. Well, it seems that it is affecting the animal kingdom too!

The poor soul in the Volkswagen Jetta, either was caught in the wrong place at the right time (at least for the camera man), or he was impatient and assumed he could squeeze past this ellie! According to sources, wink, wink (an email from my father-in-law), these pics were captured by someone from Centurion who visited the Pilanesberg Game Reserve on 17 Feb 2011.

Like they (whoever they are) say, “You live and learn!” 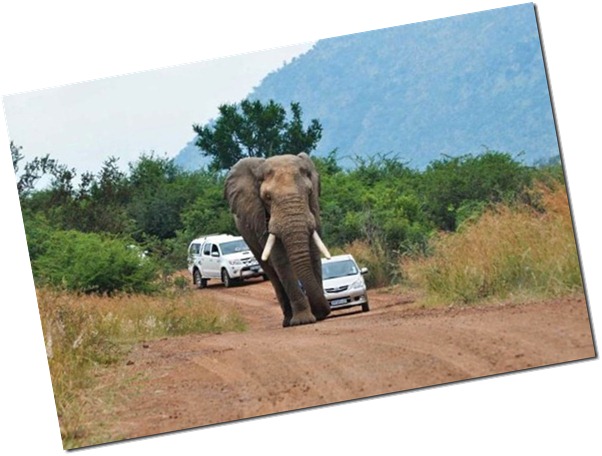 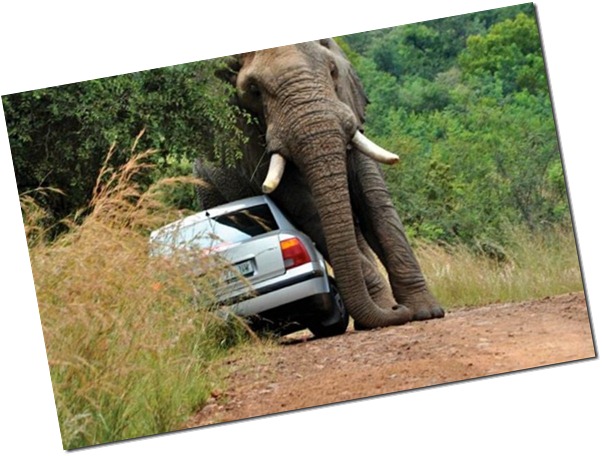 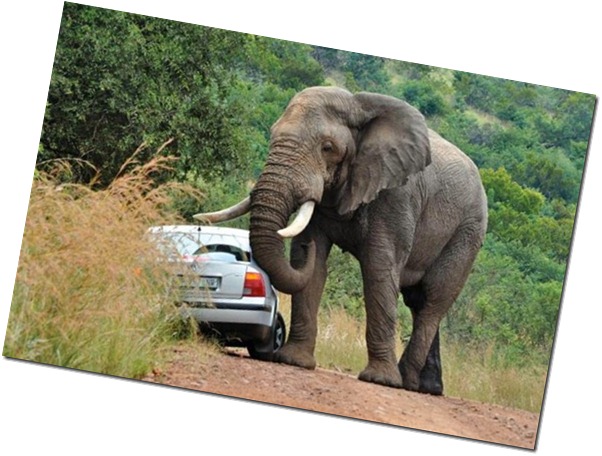